Another holiday season and another Fwoosh Secret Santa Custom Swap!  My list this year was massive so it was a bit difficult to narrow it down.
For the most part I'm pretty busy with commission pieces so the Fwoosh Secret Santa Custom Swap is my chance to test my customizing skills a little and do something I'm not likely to do for anyone else. Last year I went for a custom removable helmet (check out Hazmat) and for a while now, I've been wanting to try my hand at sculpting a head from scratch. I've done helmets and other stuff before (Groot was mostly sculpted but had a few Treebeard bits) but I really wanted to do a human-ish form. Mainly just to see if I could.

Knowing the head sculpt would eat up most of my time I had to choose a character that didn't have a ton of detail, but I also didn't want to give someone a half-assed figure. So, if I couldn't add a ton of detail I wanted to go BIG. Literally. Given my affinity to Marvel and his ability to change size, Mephisto was the perfect choice.

While they may not be top sellers, the new 12" Marvel Legends line features some really incredible sculpts and articulation. The Spider-Man body was the perfect fit for the red pajama wearing demon dude. I took the figure completely apart (and bent a screw driver in the process) sanded down all the details and joints and pieced him back together.

The Cape was fairly simple ( you can follow my tutorial here) but to add a bit of complexity I added some magnets into his collar so the cape sits cleanly over his shoulders. The cape and collar are completely pose-able and don't hinder the movement of his head.

Again, since Mephisto has a very simple design I wanted to add a couple of accessories for the recipient. I modified a few of his hands for 3 total pairs; 2 fists; 2 pointing hands (one with a devilish pinkie); one open hand and one curled up arthritic grabby hand.

The head was sculpted entirely from scratch using Super Sculpey firm. I got some much needed feedback and tips from the incredibly talented Sculpture Geek to help me get the proportions and features anatomically correct. Casting this thing was a challenge and it took an entire bottle of OOMOO 30 to make a mold big enough for his rockin' 80's hairdo. I used Smooth Cast 60D which is a flexible resin so his killer sideburns won't snap off.

After priming the figure, I airbrushed him with, literally, an entire jar of Tamiya flat red. That may not seem like a lot but typically one jar of paint will get me through multiple customs. If you thought coal miners have it bad, I'm pretty sure I have a case of the red-lung. I'm going to start a customizers union for these types of things. Who's with me!?! Nobody? Damn...

...anywho. To give him some depth I added some light red highlights, and some dark red shadows and finished him off with a few coats of dullcoat.

I'm pretty happy with how he turned out and I'm very happy that this bad dude went to the very talented and deserving Craig Warrack. He always pours a ton of effort into his customs for this exchange and I was lucky enough to receive a Neca TMNT Shredder from him in 2015. I just pray that he goes easy on me when he opens him on his 2017 Secret Santa Project youtube video!

Thank you for looking and please leave a comment below! 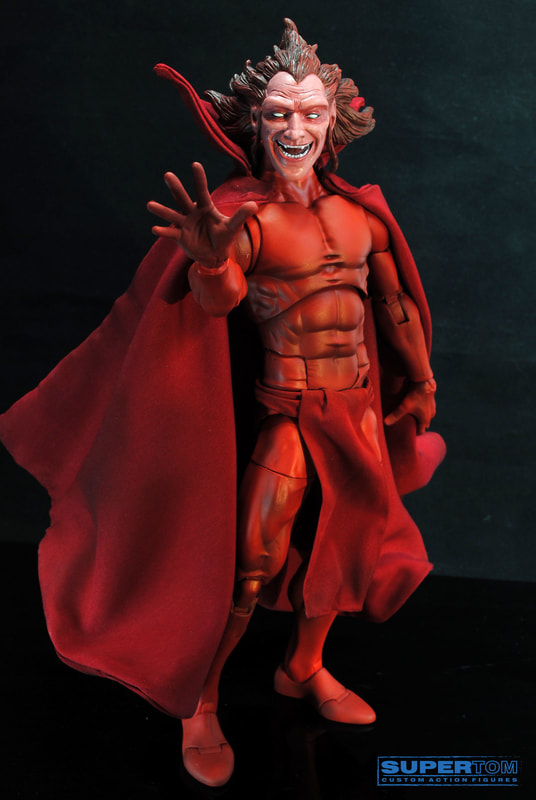 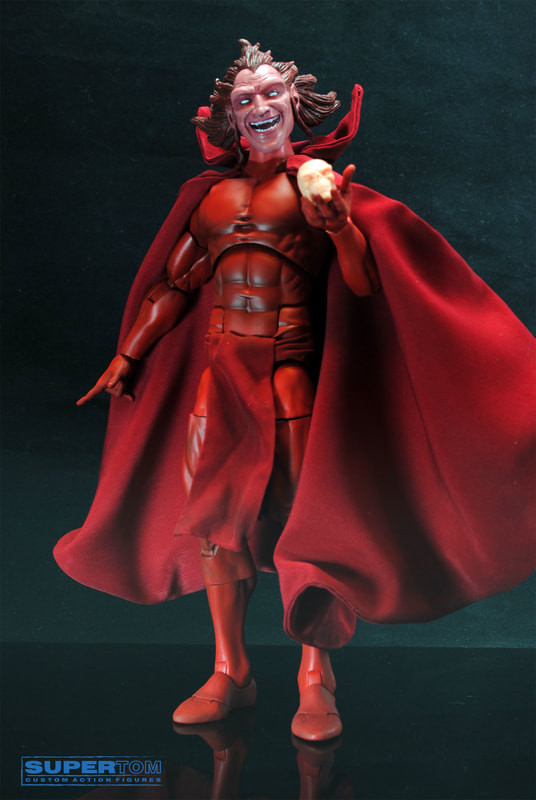 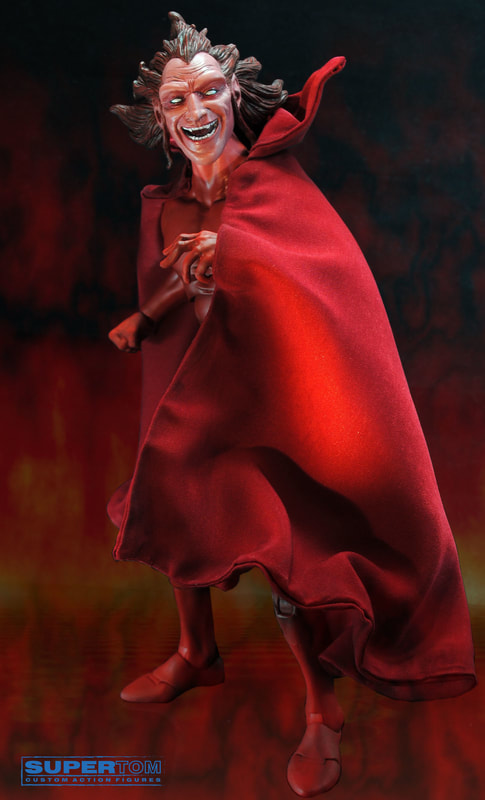 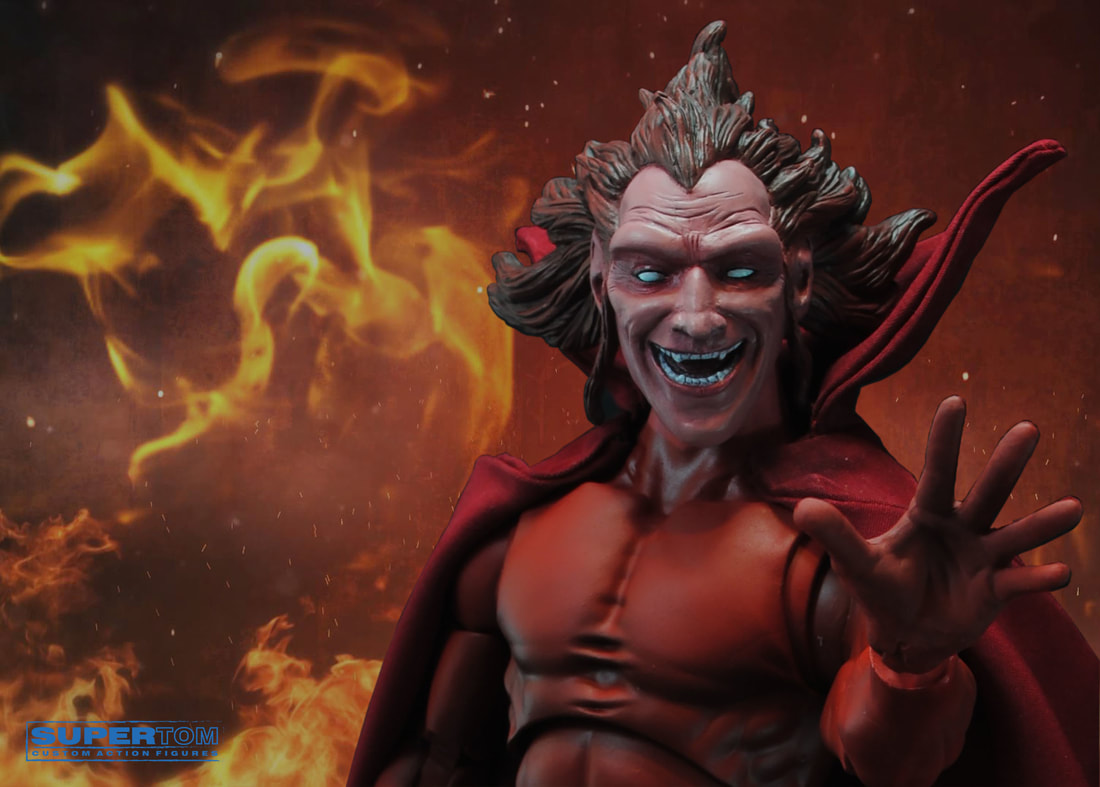 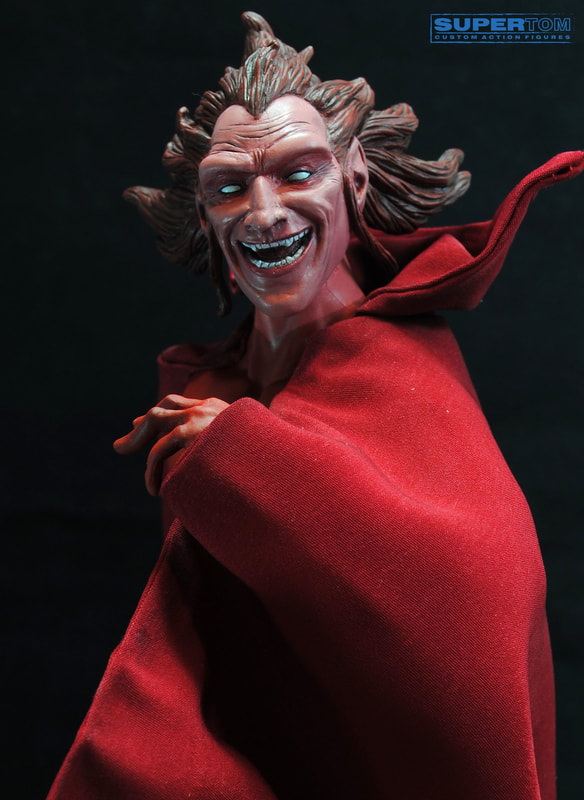 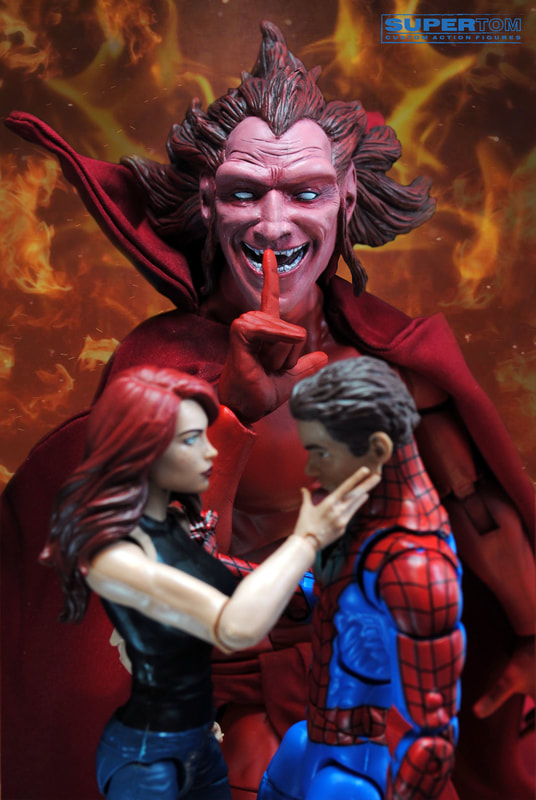 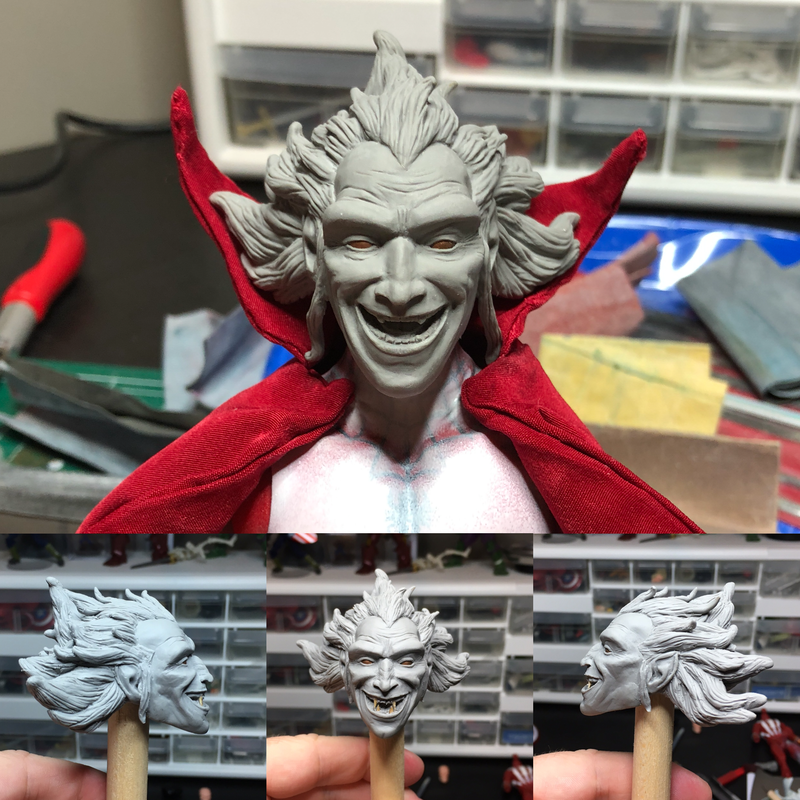