I’ve been working on Aunt May’s ex hubby for nearly a year now just tinkering with him every now and then waiting for the opportune time to finish him up.  And of course, when I’m not fully focused on something, problems are bound to occur.

I took the Super Hero Showdown (or Marvel Legends Showdown) Doc Ock and tried to spruce him up a bit with MU parts. While the sculpt of the SHS figures are great scaled down versions of Marvel Legends, the joints are pure ass.  I mean really. It’s bad enough that they just fall apart if you as much as sneeze on the figures, but they also look terrible. Like pizza dough flopped over a bowling ball.  So, I swapped his shoulders and arms with an Starlord's and did some modification to keep the double jointed elbows. I wanted to replace his hips too but that would have required a massive crotch reconstruction.  Now if I were Aunt May, I’d be all over that like Metamucil on oatmeal, but since he’s for my own collection I just left them as is. I also added a hinged neck joint for much needed dynamic posing. And by dynamic I mean tubby ol’ 8 legs hanging there like a soggy pretzel while his tentacles do all the work!

Speaking of, I got rid of that goofy backpack and pegged the arms directly into his torso for a more classic look. I originally replaced his crappy tentacles with a set from an old Octo-Spidey figure, but they were in pretty rough shape and wouldn’t hold paint so I swapped them out for the infamous cake topper tentacles which have a more classic claw anyway.  Then, because I’m cursed, in the process of swapping arms I glued and fused his shoulder peg to his torso. After cursing and pleading with the action figure gods, “Why!  Whhhhyyyyyyyyyyy!” I gave in and ripped the whole thing off and pegged in a new shoulder.  Sigh…  I can empathize with  Spidey now as this doc was a giant pain in my ass.  Now if I were Aunt May…

Anywho, after all that mess I sculpted his little jump suit bib looking thing and was finally able to paint him up.  I hope you like him as much as I despised making him!  I’m kidding, I’m kidding.
​
Mostly.

If you have any questions please do not hesitate to ask and thanks for looking! 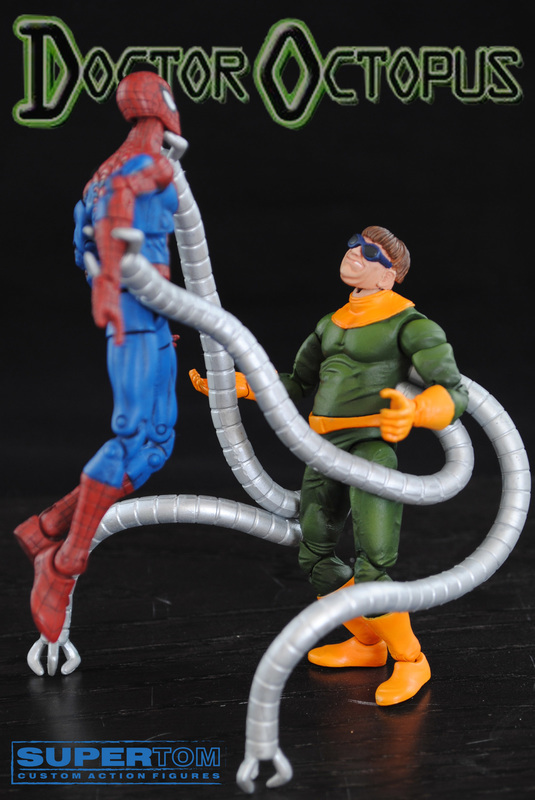 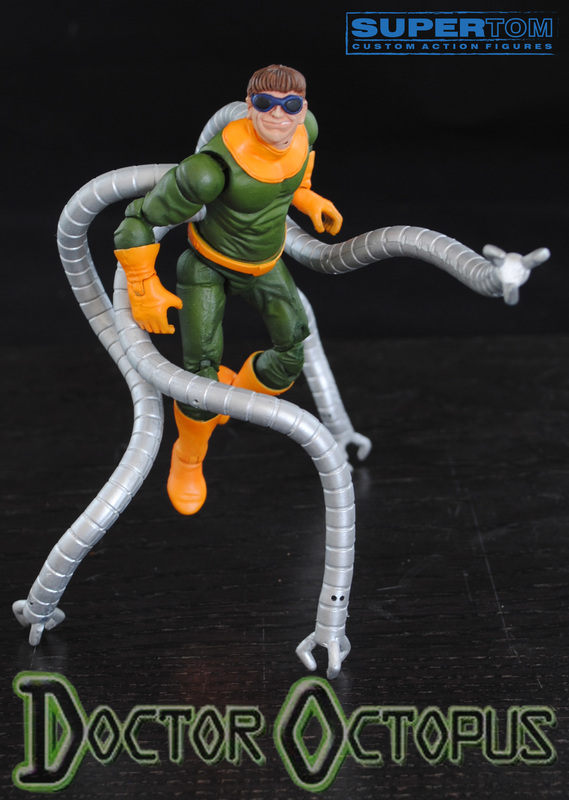 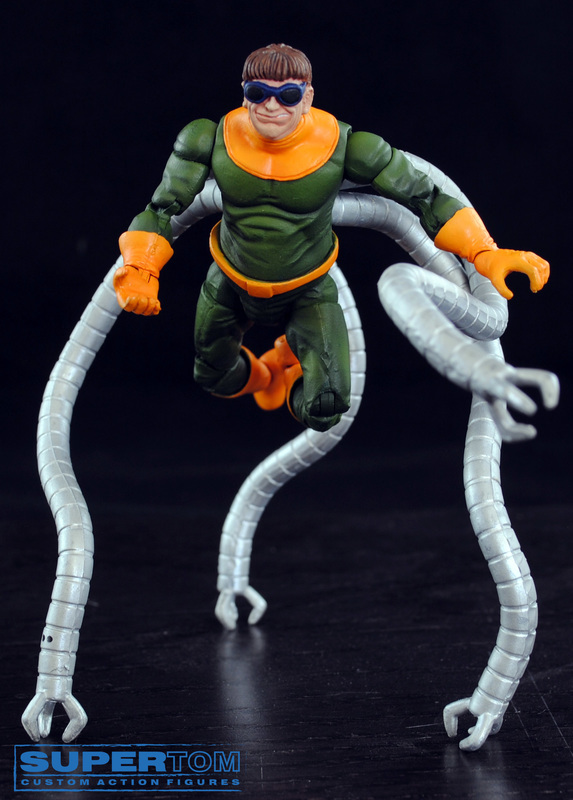 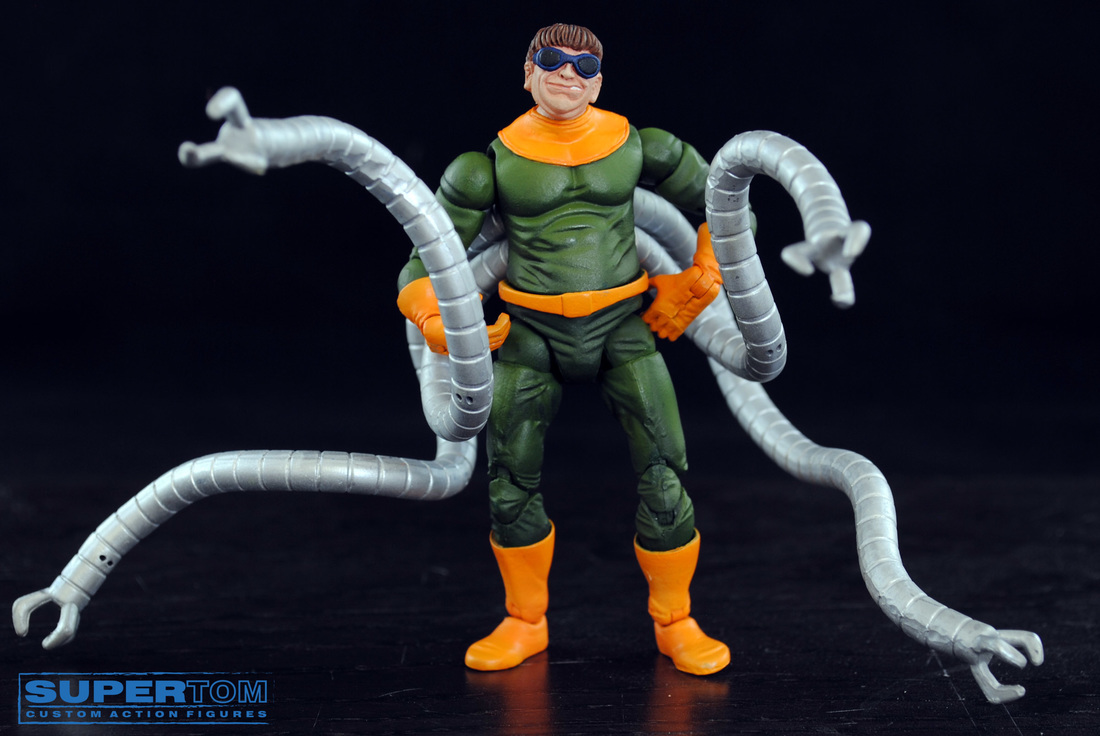 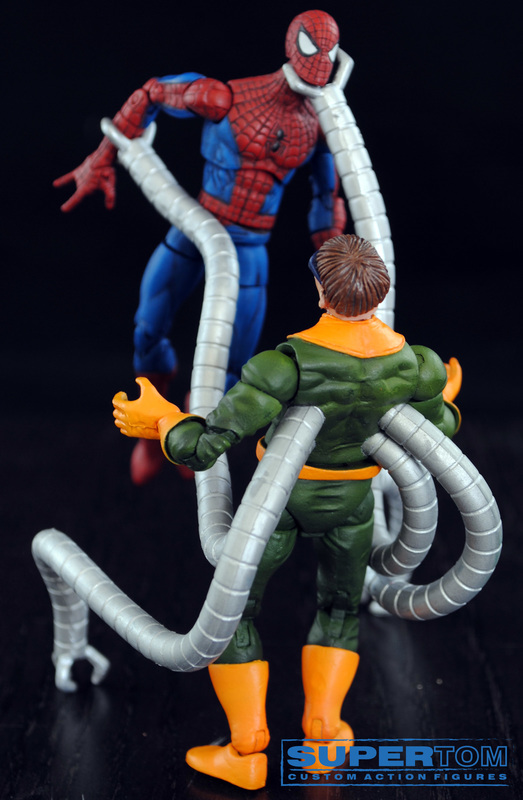 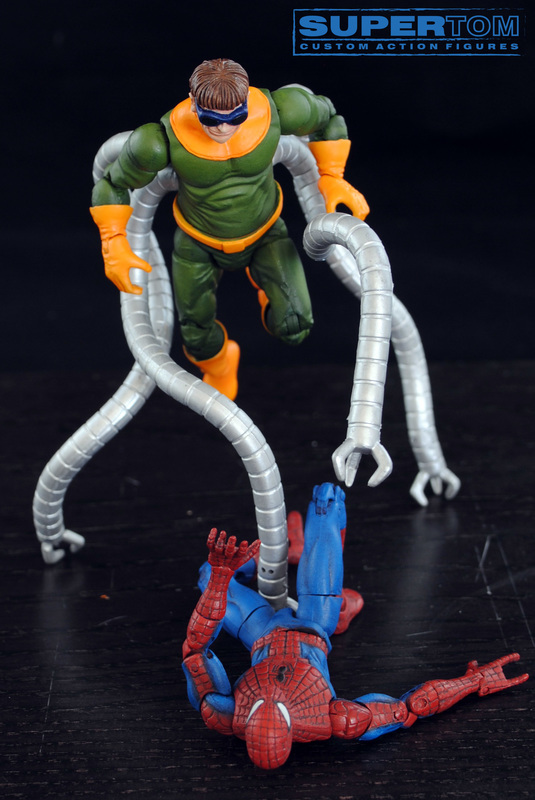 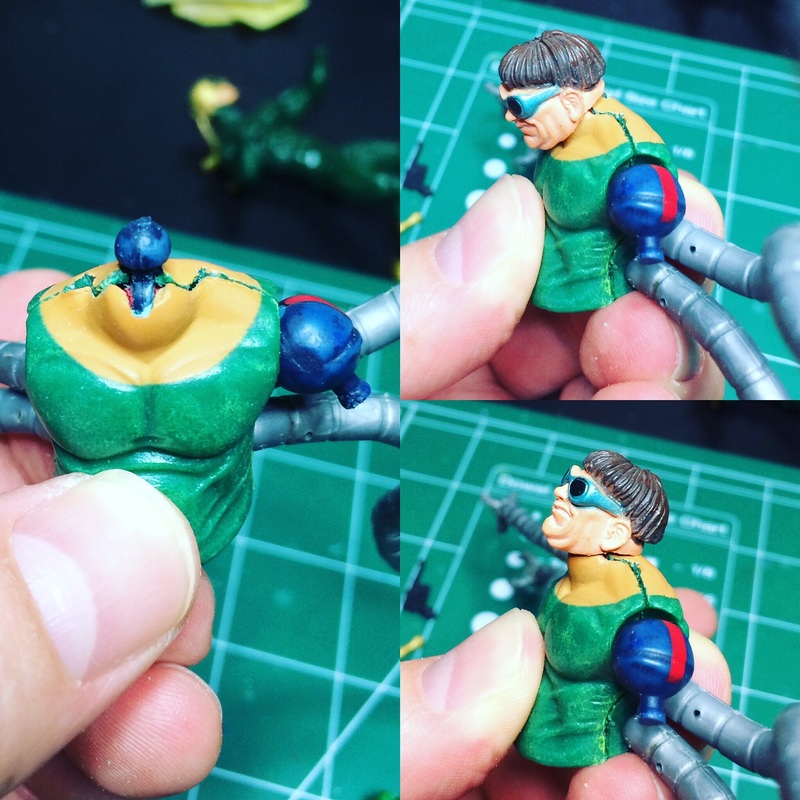 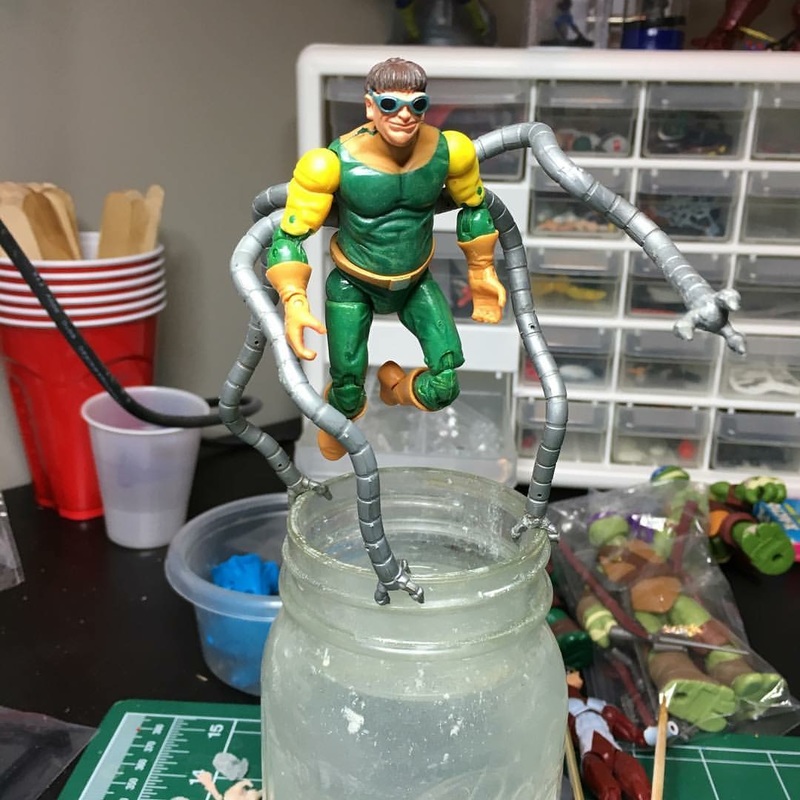 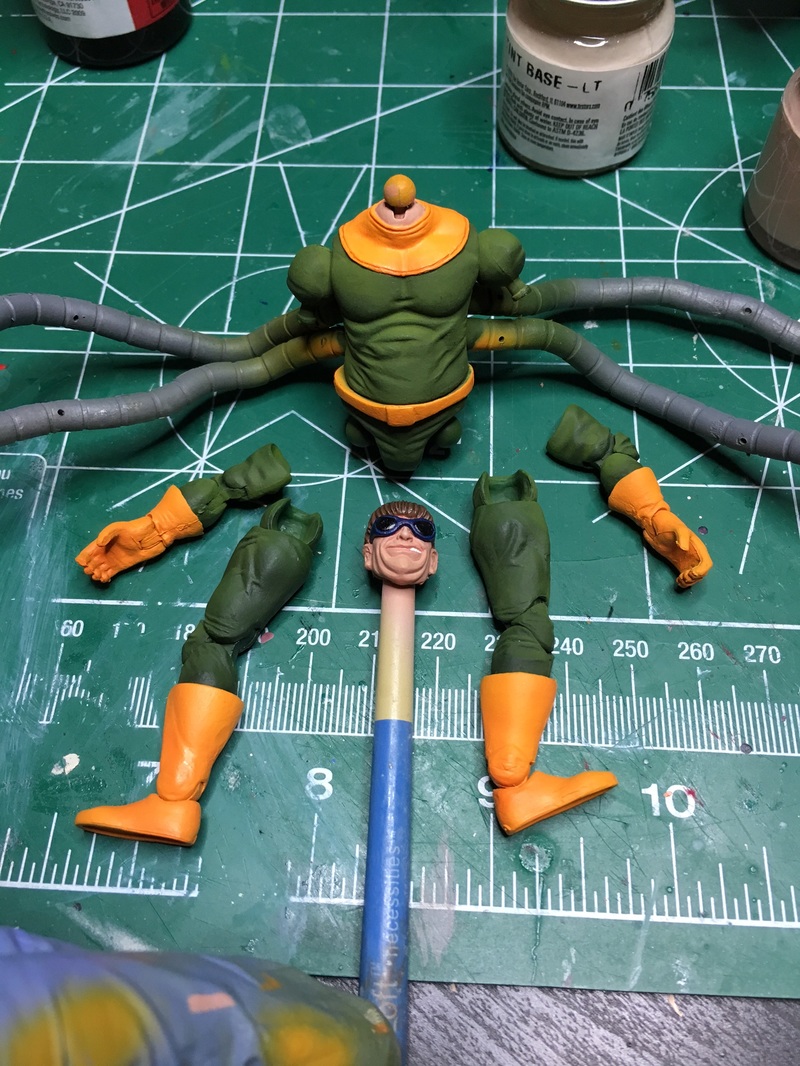