This was another tough one but an invaluable learning experience. As always I wanted to challenge myself and in this case, I tried 3 new techniques while creating this figure!
The first was sculpting hair...tiny, tiny strands of hair. Thanks to Phoenix Force Creations with his tutorial on his Facebook page and a whole lot of trial and error I was able to create a flexible doo that does not restrict her head movement.

Second was the cape. I know most people are not fans of soft goods on their figures but if you look at Spawnsauce's work you might change your mind. He as well as an excellent tutorial from Miked (not sure if he's still customizing) helped inspire this cape creation. I was able to sandwich in a tiny wire around the edge of the cape so not only does it allow for an excellent range of motion but it is fully pose-able and flight stand ready. Another plus is it doesn't weight the figure down so she can, get this, actually stand up on her own!


lastly was paint. As with most comic art her design fluctuates wildly from artist to artist. Sometimes her costume is white, sometimes grey, sometimes silver. So I went with a Tamiya Spray Pearl white. It gives her that classic look but with a little extra sheen. After about 10 coats (painting white is really, really hard to get right) I got her to a level I'm happy with.

Recipe is as follows: 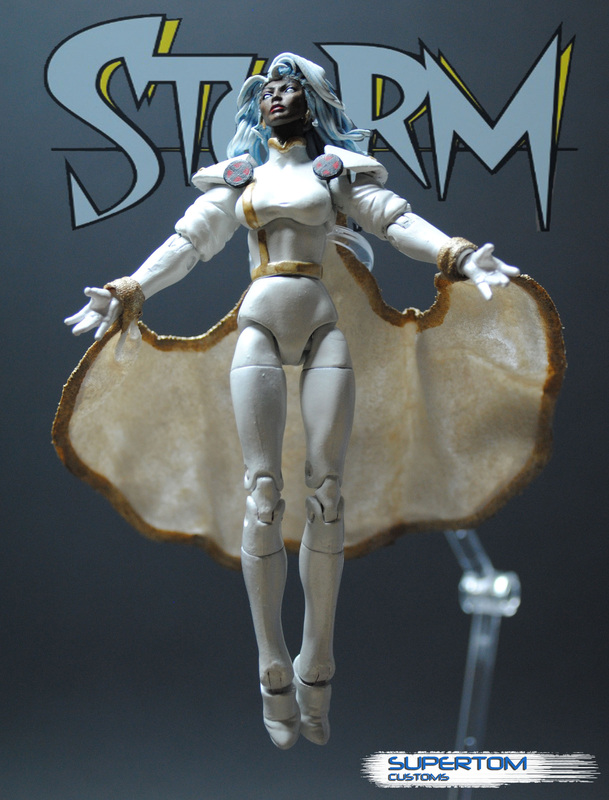 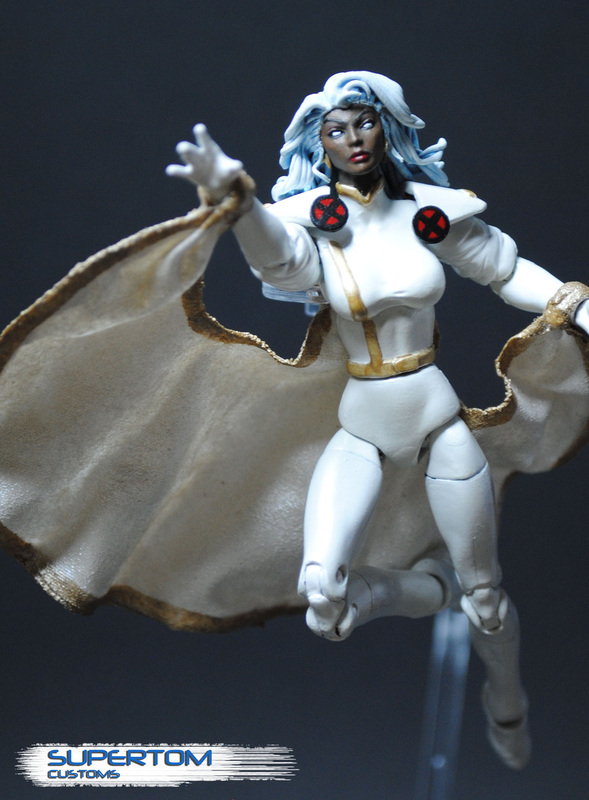 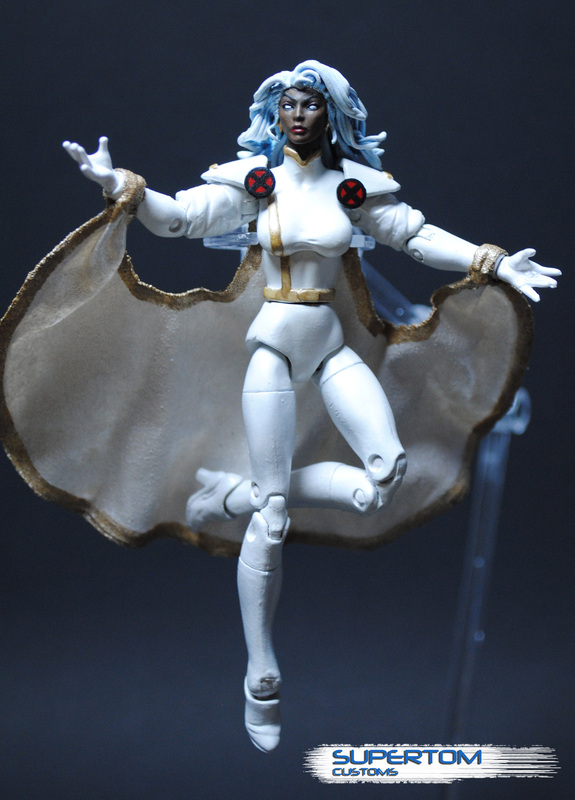 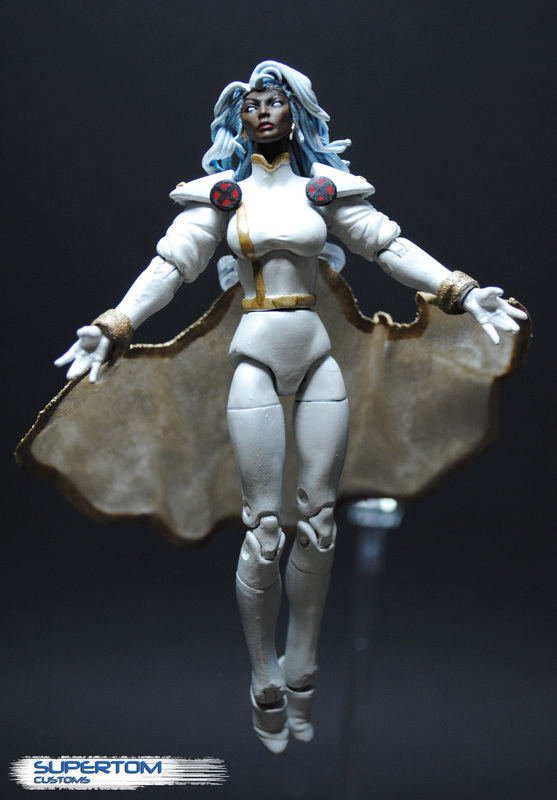 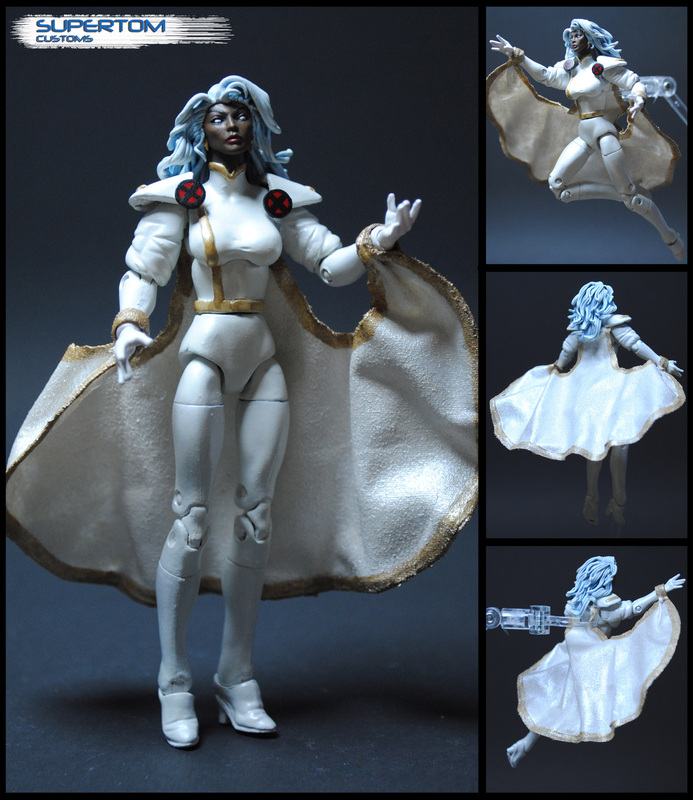 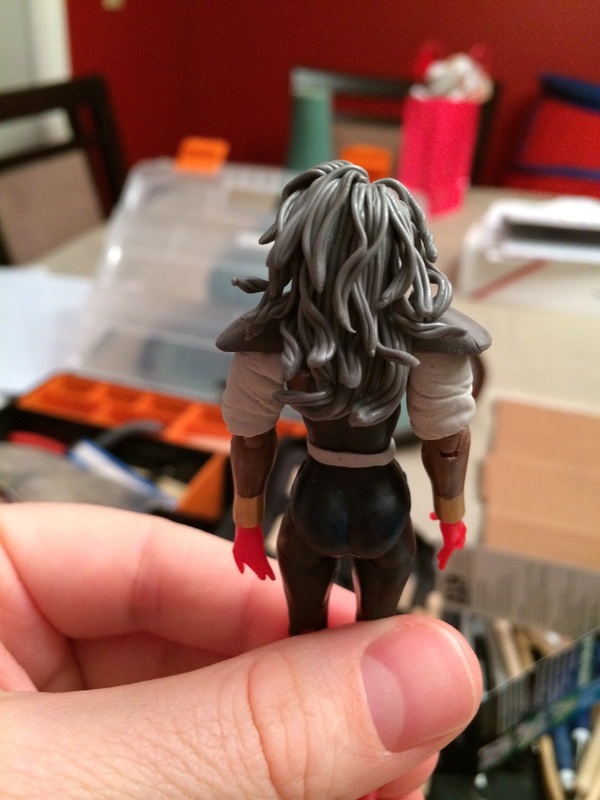 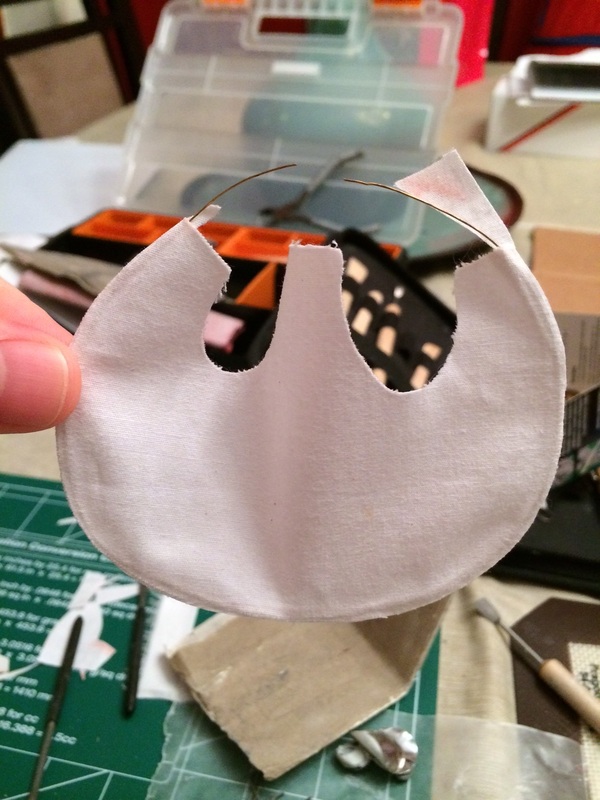