Another year and another Fwoosh Secret Santa Custom Swap!  This year my list was a good one with a lot to choose from and a good assortment of Marvel characters, which is typically right in my wheel house.  Here's the list:
At first I was leaning towards Box or Ruby Thursday and, I'll be honest, I know a good deal about Marvel comics but I wasn't familiar with either of these characters.  Box would have been fun just because he's another big BAF scale figure (like the Mephisto I made last year), and Ruby Thursday just has a wild design that caught my attention.   But, like last year, I really wanted to challenge myself and give my Elf a one-of-a-kind piece that they would not likely get from anyone else.

The Mephisto I made last year was my first attempt at sculpting a human(ish) head.  I used Super Sculpey Firm, which allowed me to sculpt it slowly over several weeks.  Also, because it was a 12" figure it was a bit easier to add finer details.  So I thought, "How can I do that again but make it a bigger pain in the ass?"  Well, how about a smaller scale and using  Aves Apoxie Sculpt and ProCreate instead!    For those of you who don't know, Aves Apoxie Sculpt and ProCreate are 2-part synthetic clay that, once mixed, harden in a couple hours.  They're fairly easy to work  with (well, Aves is anyway) but now that I was limiting myself  from a several weeks down to a few hours, I was sweating like a whore in church!  To give myself a little breathing room I sculpted the head in 3 parts, left side of the face then right side of the face with Aves, then the hair with ProCreate.  The challenge on top of all that was I wanted to give the face some texture to match to body I was going to use (more on that below).  So, no sanding, carving or fine tuning after it cured.  Once sculpted it was DONE! My goal wasn't to make it perfect but gritty and raw like the original artwork. If I could capture even a sliver of Frazetta's style, I'd be happy.  So hopefully this ugly mug achieves that.

Another way I wanted to capture Frazetta's style was to give the figure more realism and not the exaggerated proportions of your standard Marvel Legends figure.  So I went with a Neca Dutch figure (that I happen to pick up on clearance several years ago) with a Neca Rocky lower half (special thanks to BDCdiesel, the Dremel Samurai himself, for the extra parts).  I also though using an Arnold Schwarzenegger figure was fitting considering he played the barbarian in a couple of amazing 80's movies.  If you haven't seen them, "then the HELL with you!"

The final challenge with this figure was to match the beautiful blue and orange tones that make the original painting pop.  Frazetta was an absolute master at his craft so I wanted to honor him as much as possible.  To capture my inner painter I set the airbrush aside and painted the entire figure with hand brushes.  It took several thin layers and custom paint mixes to achieve the dirty patina on his skin and gear.

Overall I'm pretty pleased with the figure and I pray to CROM that my Elf is happy as well.

Thank you for looking and please leave a question/comment below! 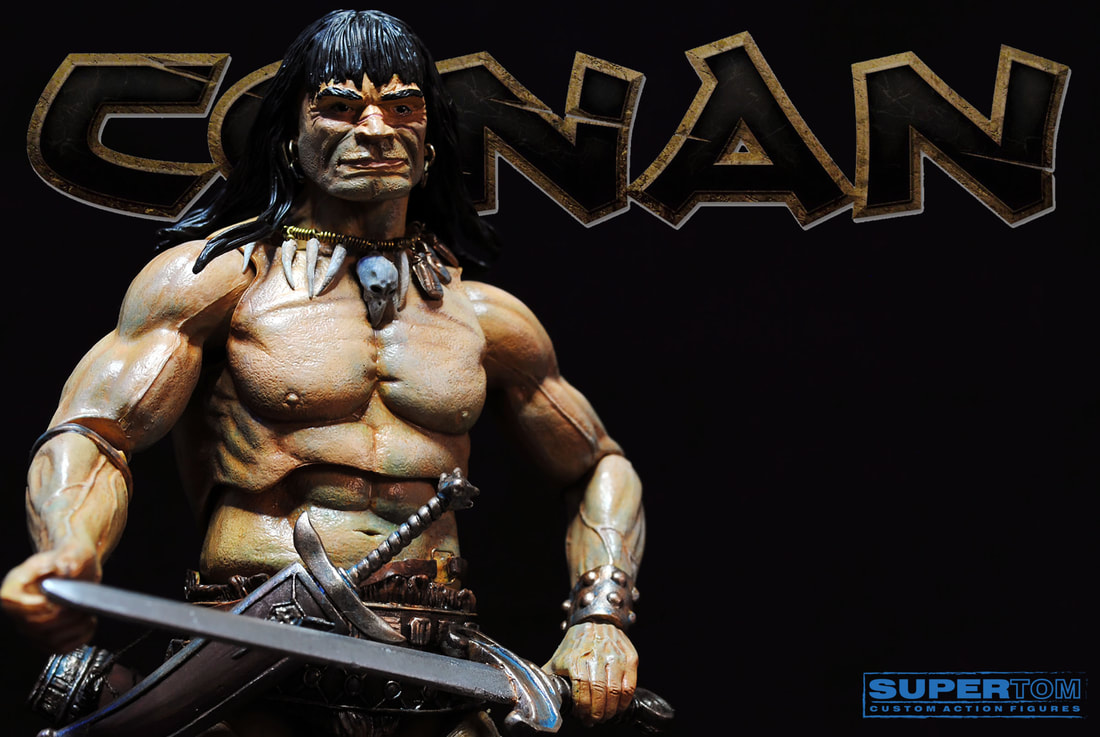 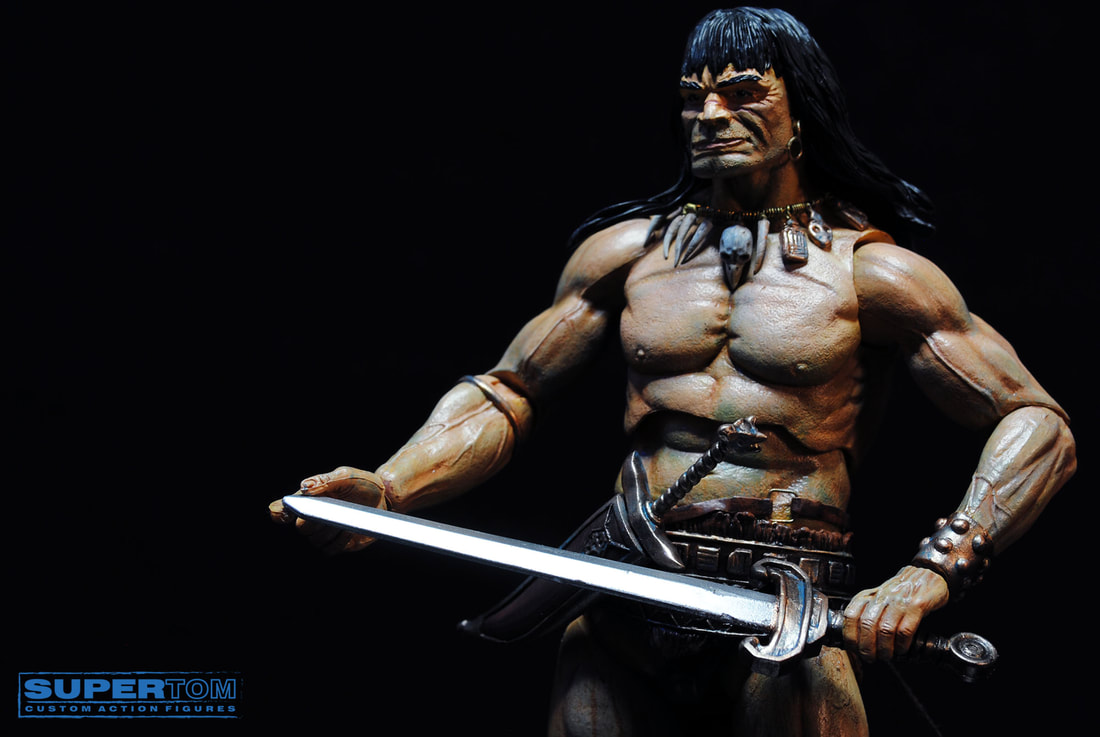 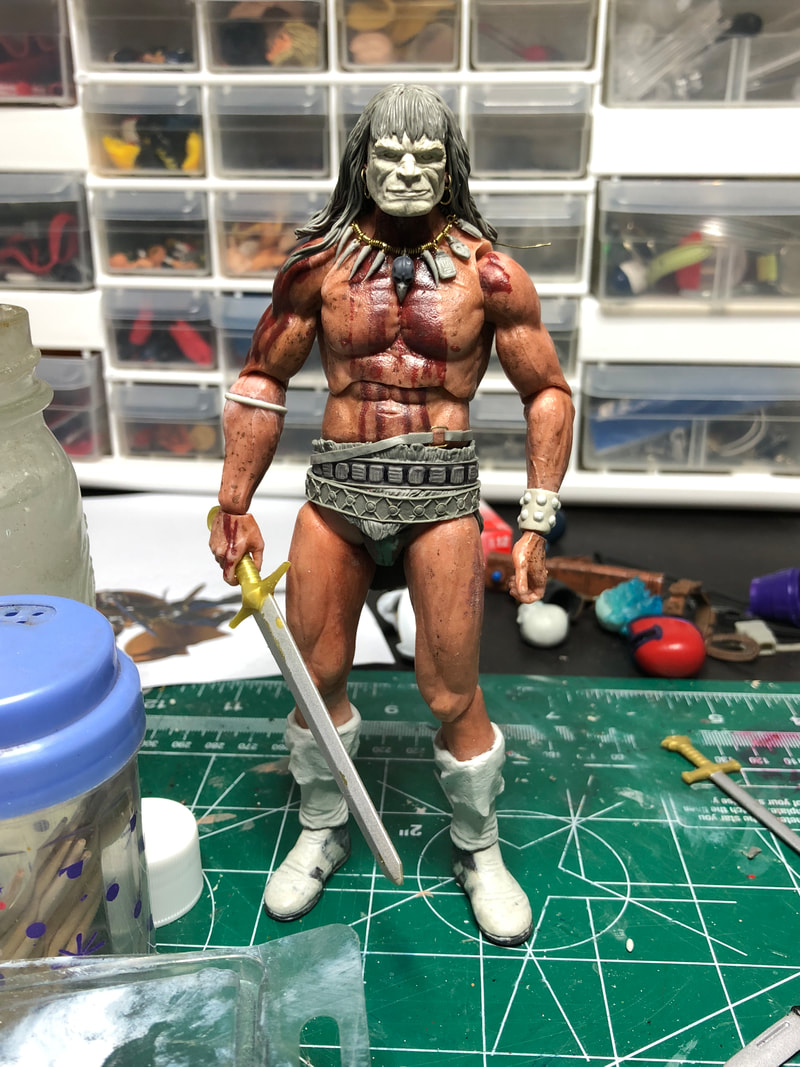