Seeing as how I'm a proud, and rare, owner of a Craig Warrack piece, (a TMNT Comic style Shredder from 2014's Fwoosh Secret Santa) I know first hand the quality and the love that goes into his work.  The first custom figure I saw of his was his incredible Archangel.  The hand crafted wings, which have to be pushing a 24" wingspan, drew me in, but it was the fact that nearly every inch of the figure was sculpted detail that prompted an immediate follow and google search.  The more I looked into his work the more it became clear, every piece that Warrack creates is a labor of love.  Some of his projects take months, some have even taken a full year.  You can't commit that kind of time into anything without a true passion for the medium.


His work goes far beyond just action figures, as he creates giant dynamic displays and dioramas.  He also has a YouTube channel where he highlights his latest creations,  displays his submissions to the ACBA, and documents his Secret Santa projects which take viewers step by step through his entire process of creating a custom piece.   His latest venture is a podcast called 'Articulation Assembled' where he and his friend (and well known customizer) Glenn Webb, gab it up about all things toys and comics.  Go listen!!

Below is a brief questionnaire so everyone can get to know Warrack a little more and understand why and how he does the fantastic work he does.
Q: Name:
A: Craig Warrack

Q: Day Job:
A: Management Information Officer at a university. I report on various statistics about students to the government, public and of course the management of the university. It’s unusual the walks of life we customisers come from! Ha ha.

Q: Art background (if any):
A: I was very into art in Secondary School (that may be known as High School to most) but I didn’t take it any further than that. Art has always continued to be one of my hobbies though, and learning how to have that critical, reflective eye while studying art has, I feel, given me a great place to build from. 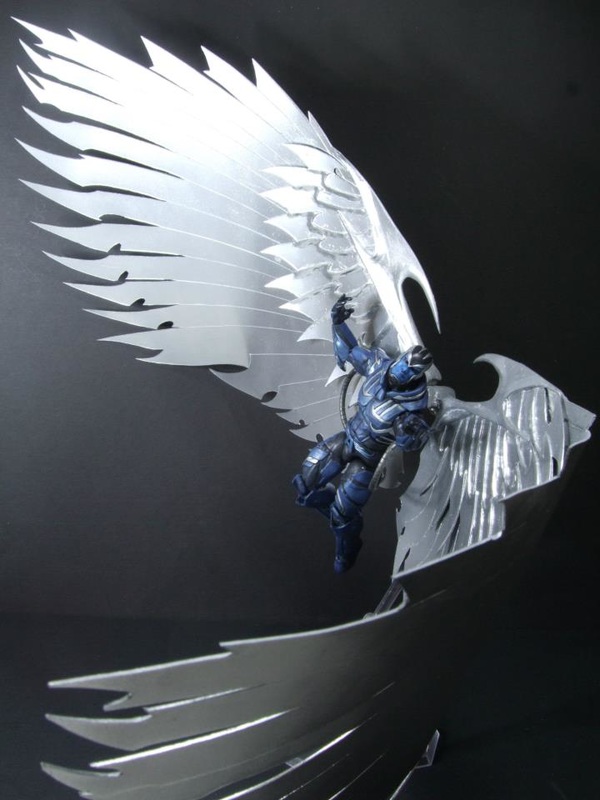 Q: What got you into action figures and customizing action figures:
A: I grew up in the 80’s and I guess you could say I was a perfect victim of all the consumerism of that time with cartoons, comics, movies and toys all advertising each other. Action figures have always been my thing. From Star Wars to Secret Wars, from Transformers to ToyBiz and the toy market has grown up alongside me, aiming for the adult collector audience at the same time I was becoming an adult. Being a fan of action figures is just something that’s been second nature to me.
Customising action figures was also part of that. As a kid you would buy the toys, but they didn’t make the toy of the particular character from the cartoon or comic that you wanted to play alongside your other toys, so you swapped a head, or coloured another toy with a marker, or put some Play-Doh on something to make your own version. It was just part and parcel of how I engaged with action figures, and that has continued through my life. I make toys that I really want, but don’t think I will ever get from any official source, whether that’s due to the obscurity of the character or its lack of appeal to a mass market, or just because I don’t think a toy company could feasibly engineer something so intricate. 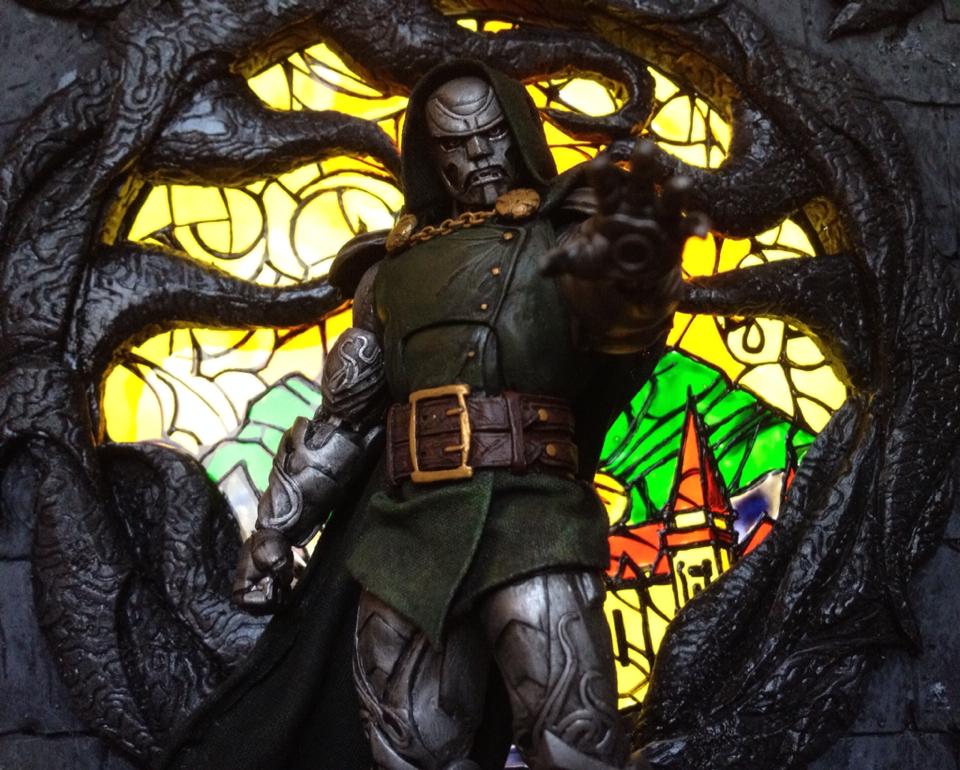 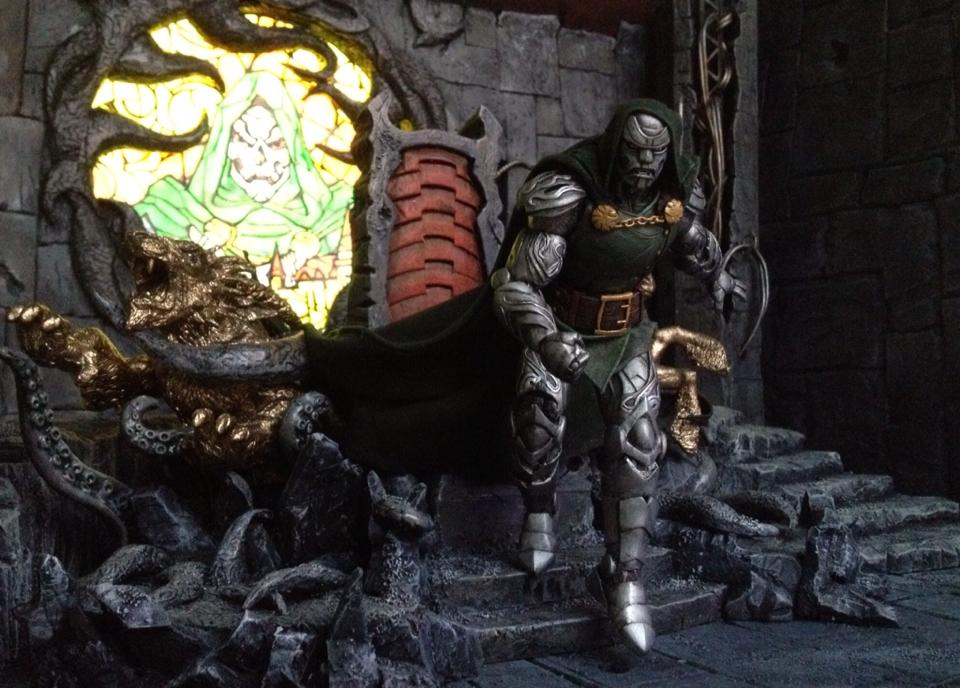 Q: Favorite Toy (something you've purchased):﻿
A: Ooooh, I’ve purchased so many over the decades that that’s a hard one to nail down. Action figures are always evolving and pushing the boundaries of what can be done with the medium, so it can be hard to look back on older figures with the appreciation that they deserve. My mind keeps turning to the Doppelganger figure from ToyBiz’s Spider-Man line. I’m not sure why. Maybe cos it’s awesome.

Q: Favorite Toy Line:
A: Marvel Legends. I could go on and on about the line and how much it means to me, but I expect many readers will probably already know where I’m coming from with this. 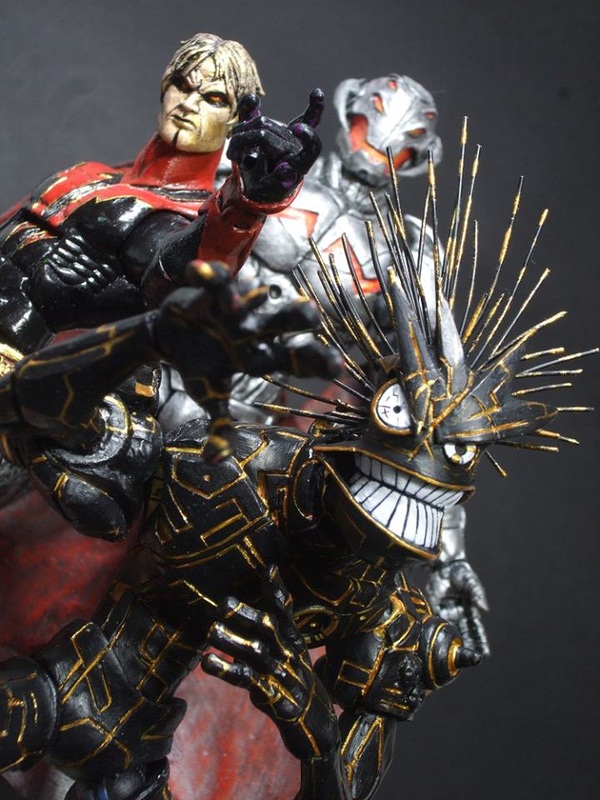 Q: Personal Favorite Custom (something you've made):
A: I think Onslaught will always be my favourite. He was the first figure I made that actually impressed people that weren’t interested in figures at all. That he could open up and reveal other characters inside him, and they knew from the posing of the figures that they were trapped in there… I had managed to communicate the emotion of that comic story to a layman via the medium of action figure. That’s something that I’m really proud of. 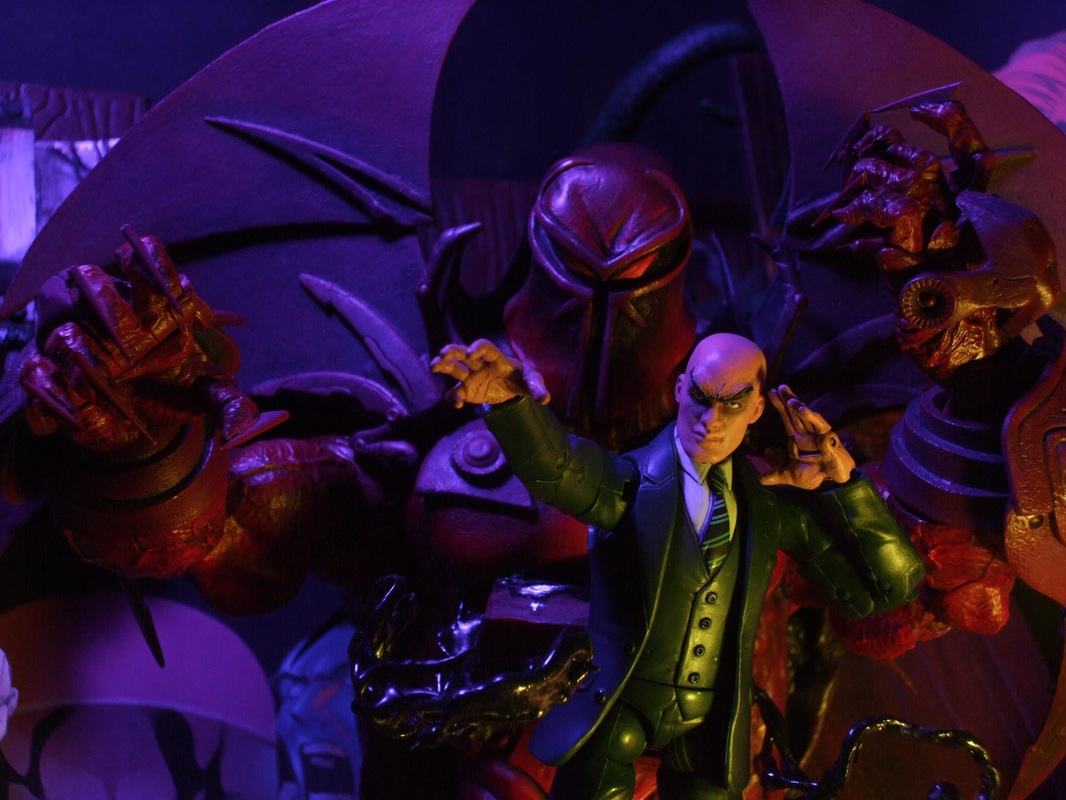 Q: Best Compliment you've received on one of your creations:
A: The most important compliments I’ve received are winning contests on FigureRealm, or getting a Featured Custom of the Week on TheFwoosh, or being the ACBA World Champion. Winning the approval of not just an individual, but a community is something that really inspires me.
Although, I have to admit to getting warm, fuzzy feelings inside when Jesse Falcon hits the like button on a photo of one of my customs on Facebook.

Q: Best Criticism you've received on one of your creations:
A: Hmmm. Nothing springs to mind to be honest. Although, going with the sentiment above, Jesse Falcon called me a moron on Facebook for not liking Pacific Rim. Does that count? It’s a highlight for me. “Jesse publicly spat in my face! What an honour!” 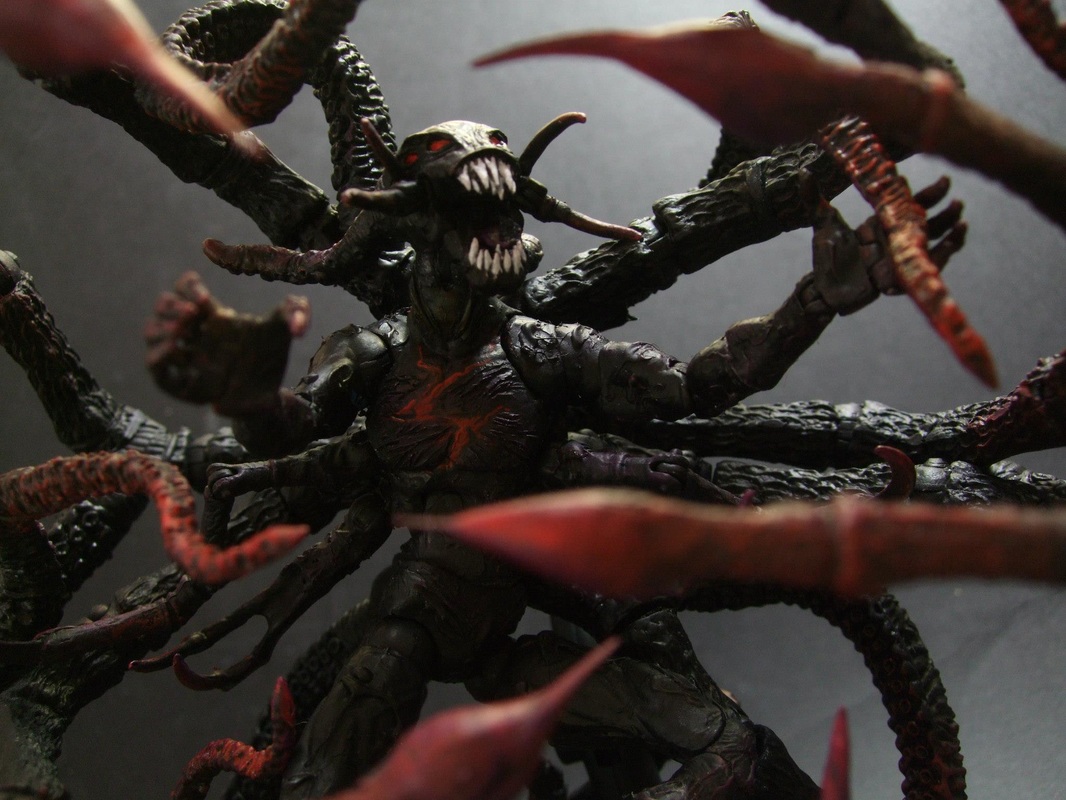 Q: Personal Goals when creating:
A: I like to try and capture the essence of a character. I know that sounds like total wank, but that’s what I try and do. I don’t really want to repaint a figure so that it’s wearing a different costume. I want to make a figure that can hit the poses, and have some form of playability to it. The ToyBiz Marvel toys always tried to capture the characters’ powers, usually in the form of some daft action feature, but that’s really influenced me. I always try and make the custom represent the character, their gravitas and their powers in some way.

Q: Favorite tools or medium when creating:
A: For sculpting I use Milliput. For painting I used Games Workshop paints. Those are the two constants in my work. I don’t know if they’re the best to use, but they work for me and that’s good enough for me. 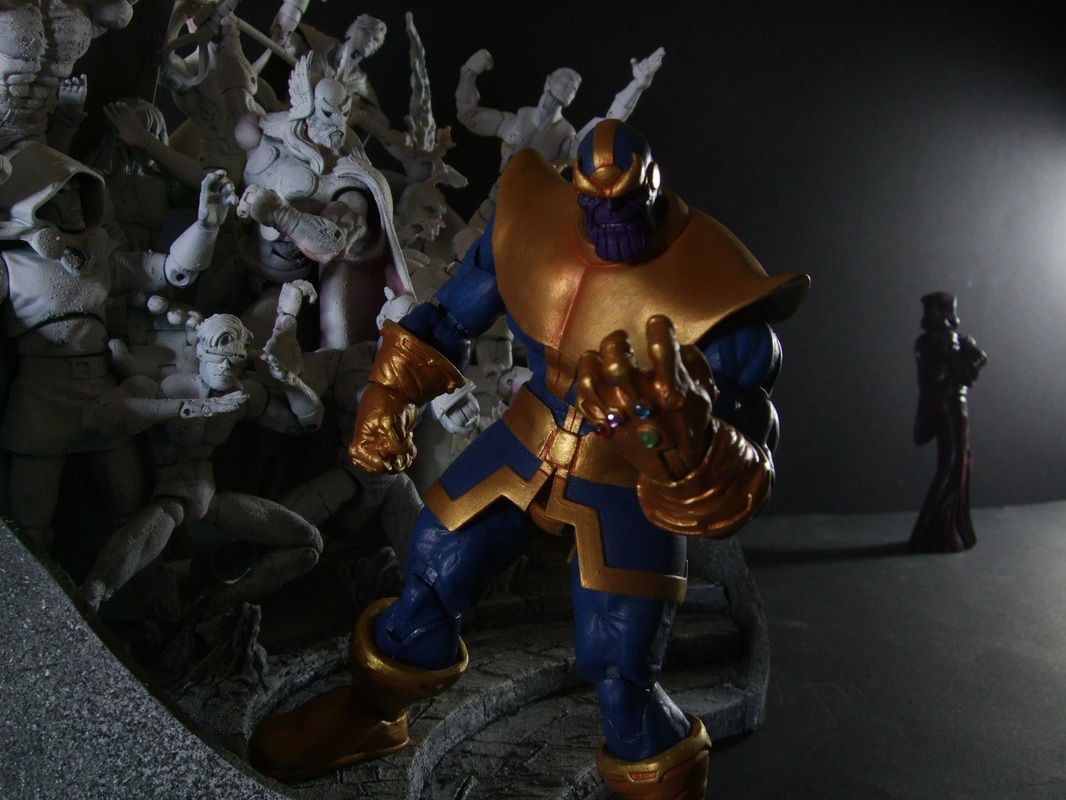 Q: One tip about customizing that you would tell someone who's just started:
A: Have confidence in your own ability, even if, on reflection, you have none. You can read guides, watch how-to videos (I’ve heard that mine are completely excellent ;) ) or ask more experienced customisers for advice, but I feel, that at the end of the day, this is a very personal art form. The combination of your kit-bashing skills, your imagination, your skills with paint, your skills at sculpting, your skills with photography is such a personal and unique mix that you are the only person who can advise on reaching the goal you have in your own mind. 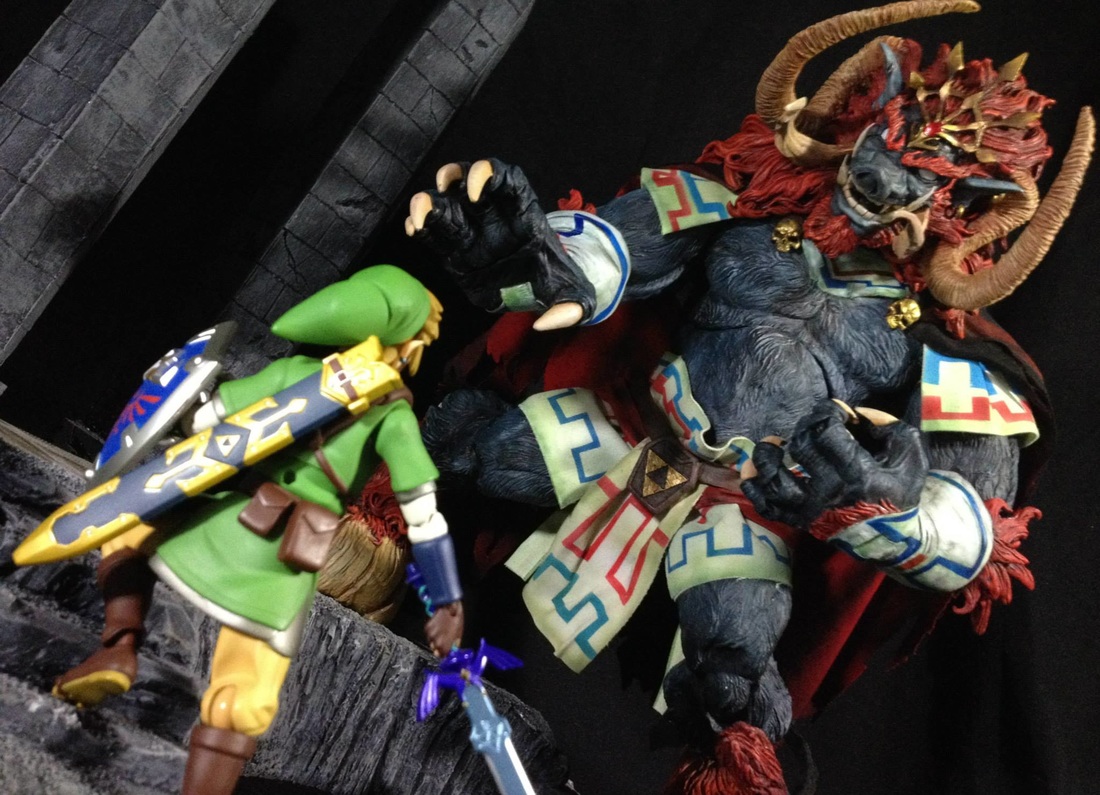 Q: Other hobbies:
A: My biggest hobby is of course my husband. He has zero interest in any of the action figure stuff, but he lets me get on with it. He doesn’t nag me that it’s a waste of time or money or any of those other, frankly, realities about the hobby. He’s very patient with putting up with it all.
I’ve just started doing a podcast, called Articulation Assembled, with my good friend and fellow customiser, Glenn Webb. We both have YouTube channels where we talk toys, but the podcast format lets us waffle on a bit longer than the goldfish like attention span of your average YouTube viewer would tolerate.
I try to keep involved with the ACBA community which is all about posing action figures in a way that defies and transcends the figures while preserving the reality and respect for it still being a toy. It can be very challenging to nail that balance and create an ACBA work.
I play video games if I’m not working on anything. I tend to be into open world games, but am definitely an offline, single player kind of guy. Online multiplayer is terrifying.
And when I’m not doing any of the above I’m watching horror movies. I like to think I’m a connoisseur of horror movies, but to be honest, I’ll watch any old crap if it’s got a monster or a hint of the supernatural in it.
Make sure to check out more of Warrack's work on his FigureRealm page, Youtube Channel, and listen to his podcast with Glenn Webb, Articulation Assembled! 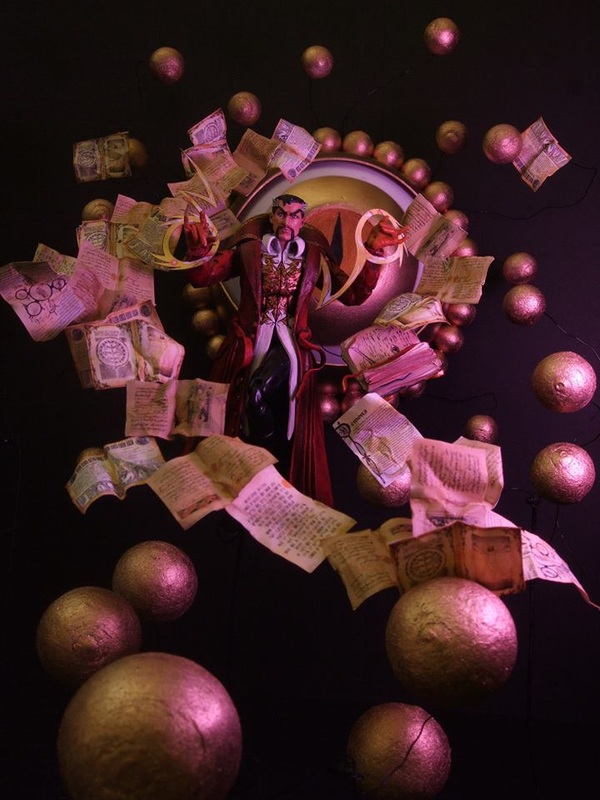