As I added this Artist Spotlight page to the site the very first name that came to mind was Ian Yu aka Noodlechow.  Here's why.

﻿A few years ago as I got more and more into Marvel Universe figures I became a frequent poster on the Marvelous forums.  It's there that I started seeing various custom figures but the first one that really jumped off the screen was a simple yet beautifully executed MU Magneto on the Cyclops buck.  I could tell there was true talent and something special behind that figure.  So I did some internet digging which led me to Noodlechow's  Facebook page. There I dove into his detailed custom joint sketches, his amazing Spider-Man, which I had to replicate, his Super Skrull figures and various other mods and customs.  I reached out to Ian asking him questions about his Spider-Man and he quickly responded with detailed information, a trait that unfortunately many artist don't possess.  He could have easily ignored my post or been vague about his recipe and but his response helped propel me into customizing figures of my own.   Without that initial positive experience I'm not sure if I'd be customizing today.
﻿
Noodlechow's customs are some of the cleanest and most inventive figures out there.  He's practically invented several joint making techniques, that few have been able to successfully replicate; he's created over a dozen unique head sculpts that I'm dying to see put on final figures; he casts his own pieces, his paints are better than a factory finish and he doesn't just stop at making the figures.  He has some of the best toy photography on the internet.  I'm not sure what kind of voodoo camera magic he's pulling but I'm pretty sure he could take a photo of a M.A.S.K figure and make it look like a Hot Toy.

Below is a brief questionnaire so everyone can get to know Ian a little more and understand why and how he does the fantastic work he does.

Q: Art background :
A: General study over the years in traditional sketching, painting, and sculpting to digital modeling along with molding and casting. 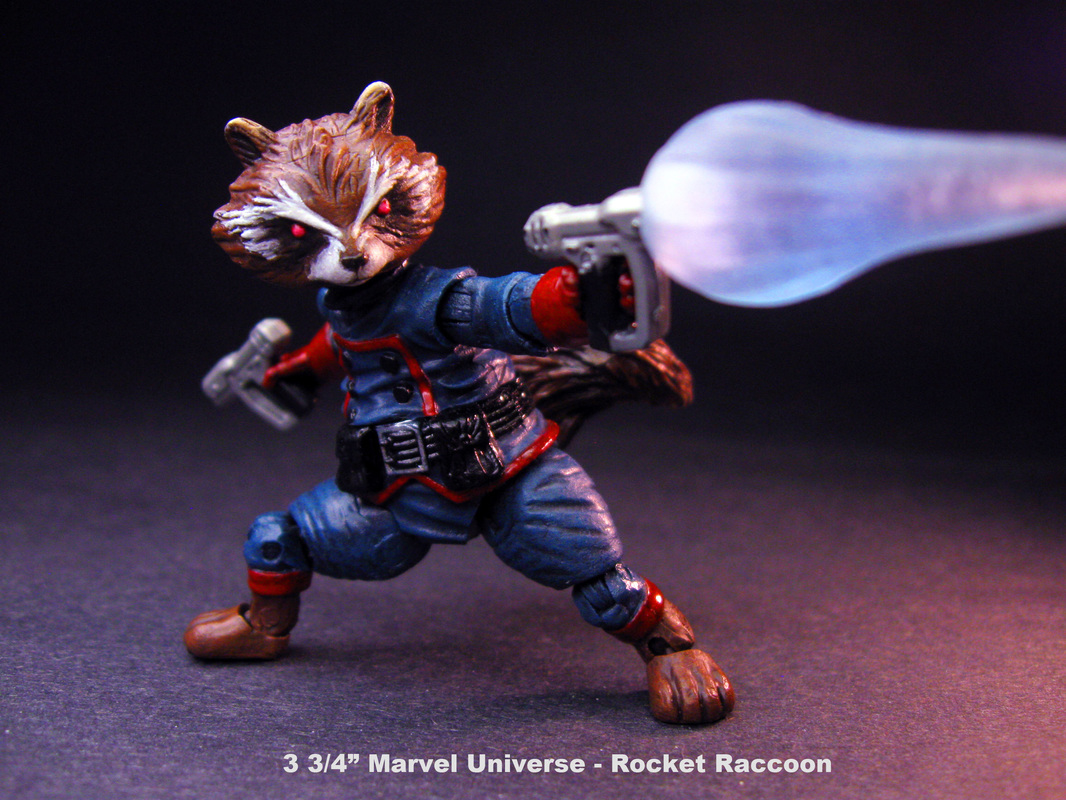 Q: What got you into action figures and customizing action figures:
A: Toys are ingrained into my psyche. Think I’ve always been into action figures ever since my folks used to buy Ghostbusters and Batman toys for me as a kid and seemingly all the movies I loved back then had an accompanying toyline to collect from. For some of the things that didn’t get figures, I’d break out a bunch of modeling clay to try mocking up my own. In terms of toy customizing, I think it’s fairly recent that I’d really been working at it. I started out mostly with Star Wars and Marvel Universe figures by kitbashing them together with minimal paintwork then moving on to full articulation upgrades by frankensteining joints I liked onto fairly statuesque figures. 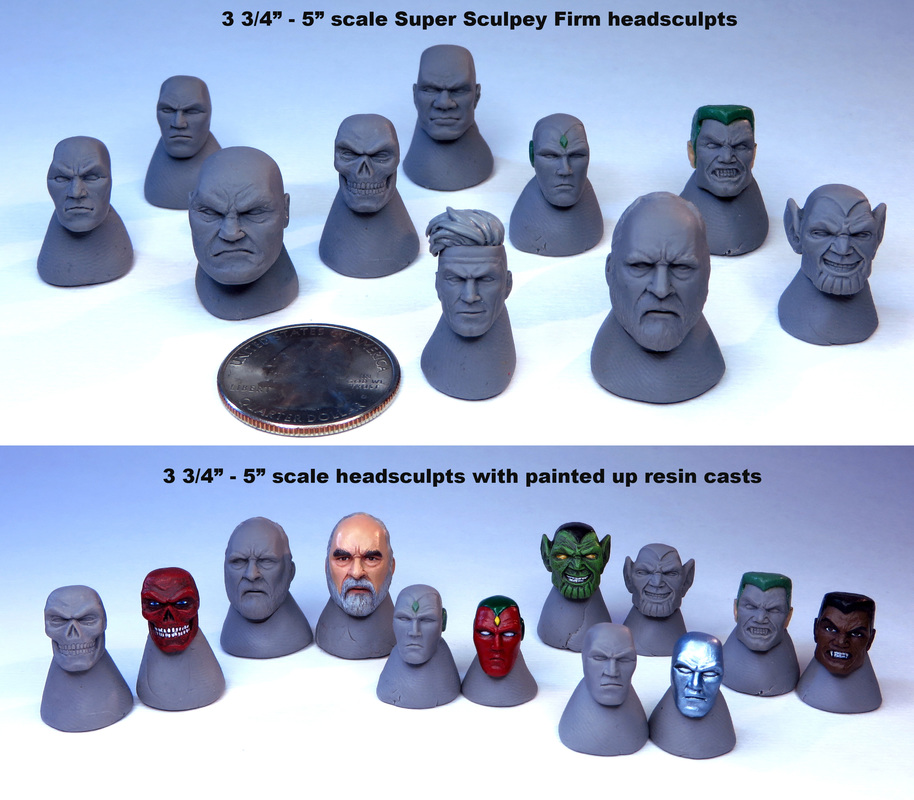 Q: Favorite Toy (something you've purchased):
A: That’s a really tough one. Maybe the PotF2 removable helmet Darth Vader. I believe I'll never not love that figure. Not only does it have a removable helmet, it also has a swivel bicep and the right hand is also removable. New articulation (for the time and line) AND battle damage? Be still my heart.

Q: Personal Favorite Custom (something you've made):
A: Little Groot candy/potpourri bowl. Was a birthday/housewarming present for my sister that I sculpted, molded, cast, and painted within a week. It even has an articulated neck. 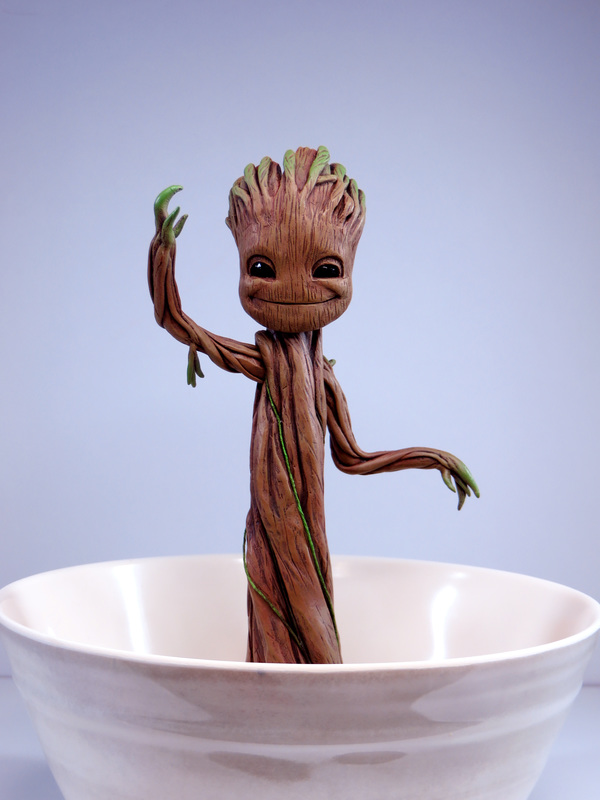 Q: Personal Goals when creating:
A: Depends on the project but I usually try to make my work clean enough that you can’t tell anything was done to it.

Q: One tip about custmizing that you would tell someone who's just started:
A: Like all things, it’s likely gonna take a lot of time, practice, and persistence to get where you’d like to be and even then there’ll be more to learn. Don't compare skills to other people, just compare to your previous works and get better based on that. Even if a project ends in failure you’ll figure out something new no matter how small and add it to the repertoire. 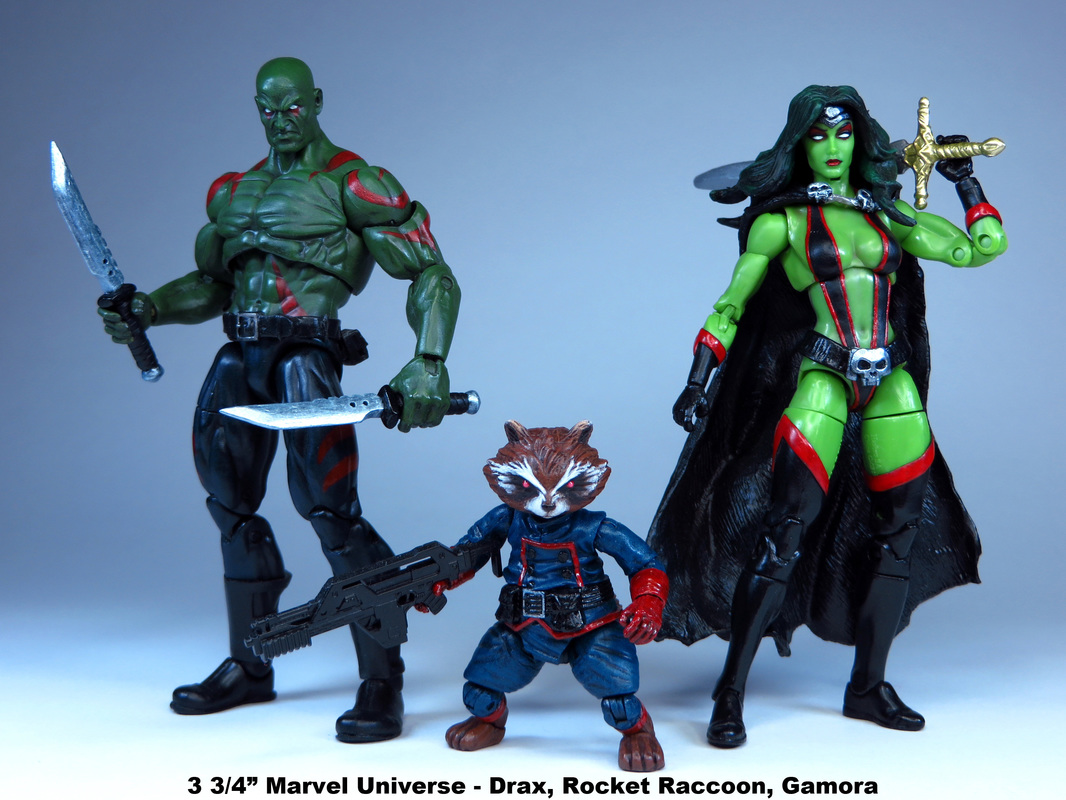 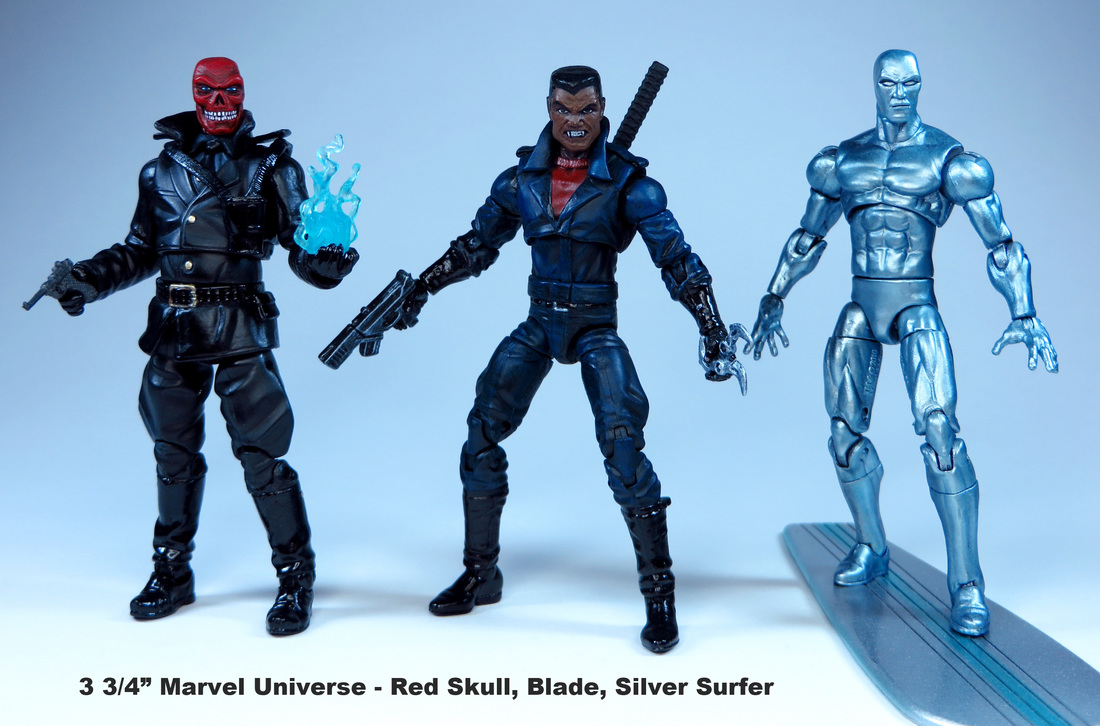 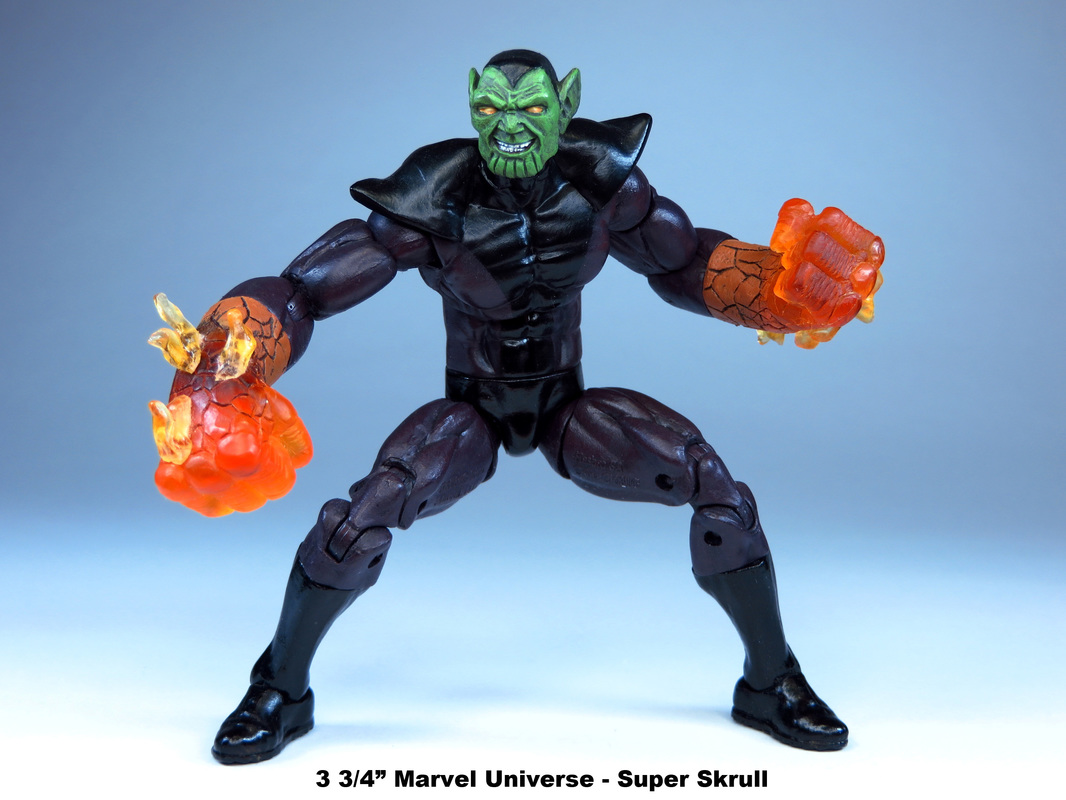 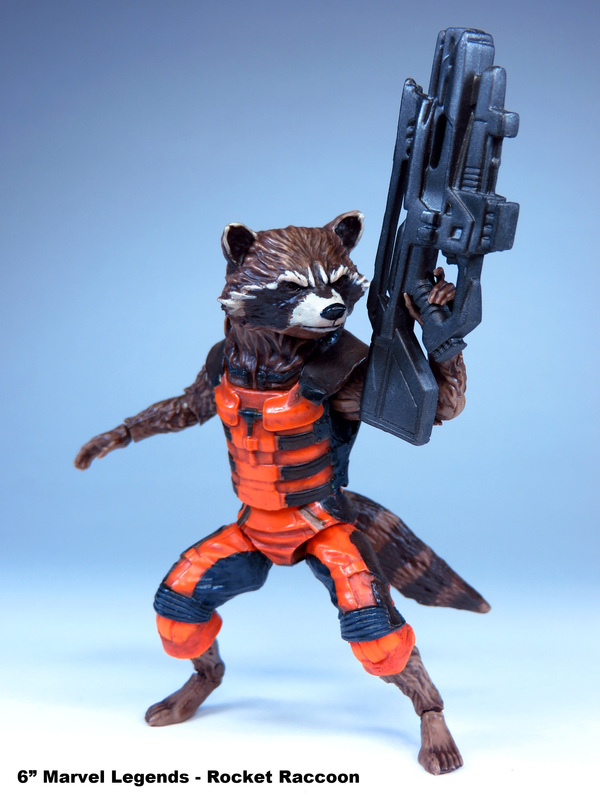 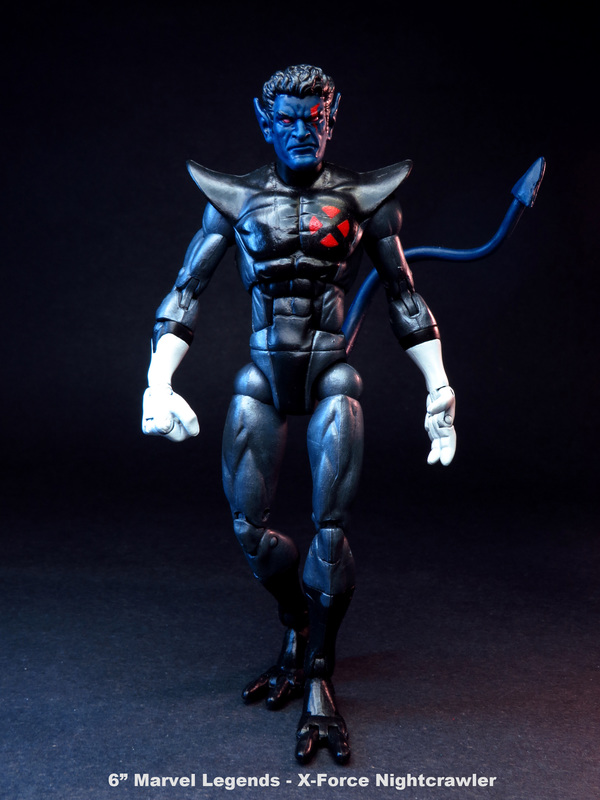 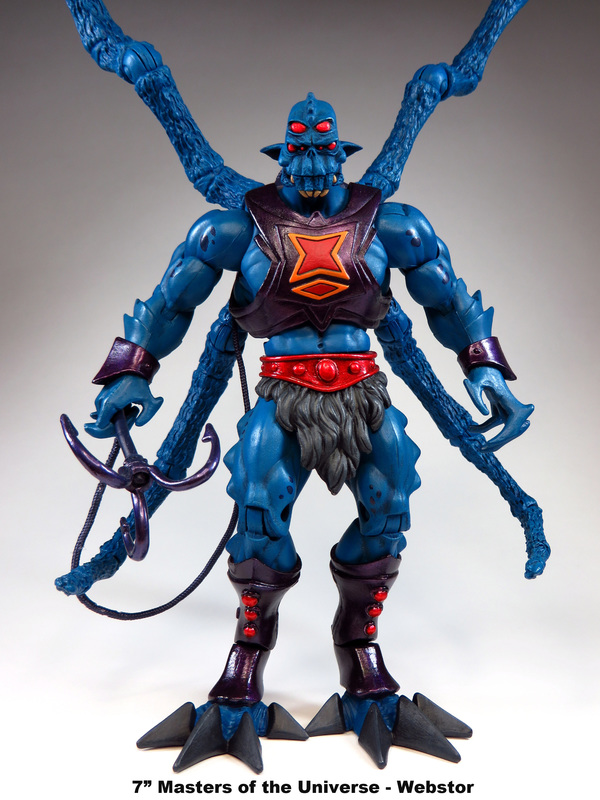 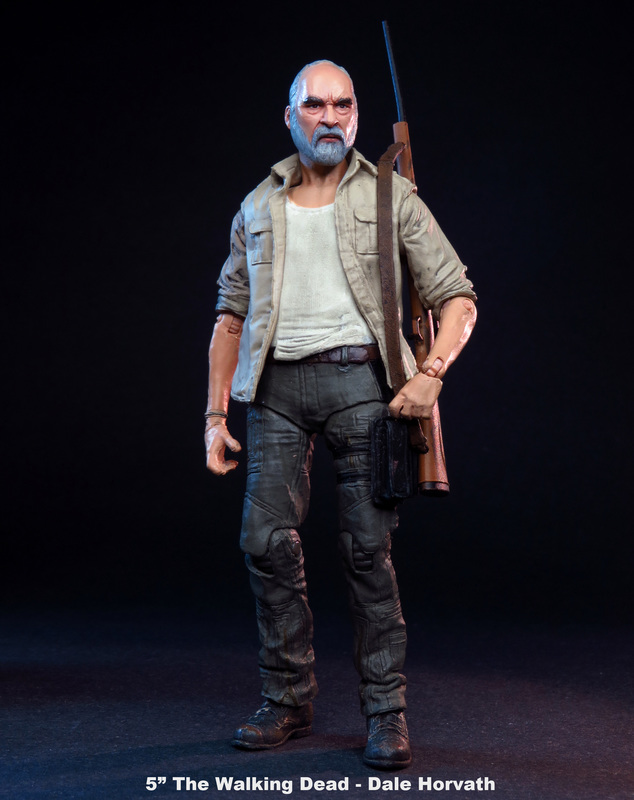